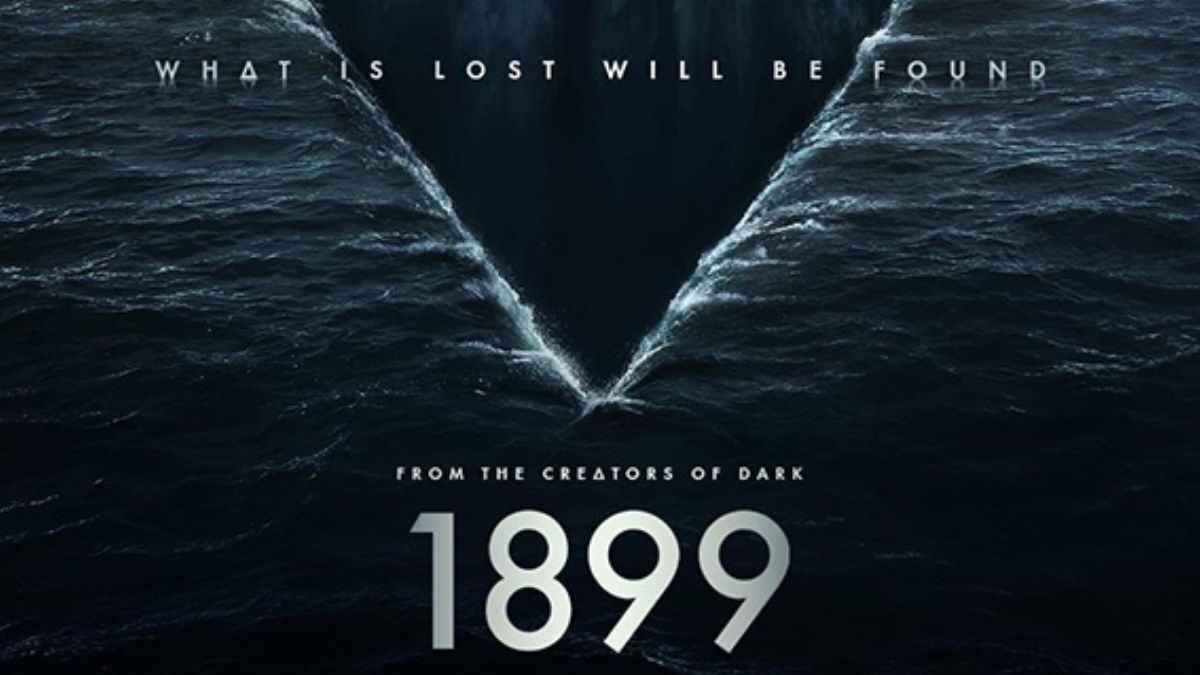 1899 is a new Netflix series that will appeal to lovers of the hit spooky German drama Dark, which followed the search for missing children in a small town with a dark background.

1899 is a multi-language series created by the makers of Dark in which the protagonists will speak in the language of their origin.

A New Mystery Series ‘1899’ Trailer Released By Creators Of ‘Dark’

The series 1899 is set to release in the same year as Dark, but it takes place on a migrant steamer traveling from London to New York with a diverse group of European passengers.

And, as is customary for Jantje Friese and Baran bo Odar, the creators are creating something distinct and different — this time with all of the performers speaking in their native tongues.

Despite their difficulties communicating, the characters have one thing in common: their dreams of America’s promised land soon turn into horrible nightmares.

The new mystery drama series is set on an immigrant ship sailing from New York to Europe at the end of the nineteenth century.

The ship is crowded with individuals of diverse nationalities and social backgrounds. These distinctions will soon vanish as they witness the Prometheus, a ship that mysteriously vanished into the night a few months before their ship’s voyage.

Once their ship discovers the abandoned spaceship, mysterious happenings will spread like a curse among the passengers.

The cast of 1899 is made up of people from all over the world. Emily Beecham will portray Maura Franklin, and Dark’s Andreas Pietschmann, who played older Jonas, will play Eyk Larsen in the series 1899.

Aneurin Barnard, best known for his roles as Davey in Hunky Dory and Gibson in Dunkirk, will also appear in the series as Daniel.

The cast includes Lucas Lynggaard Tonnesen from The Rain as Krester and Fflyn Edwards as Elliot. Other European actors include Miguel Bernardeau from Spain, Mathilde Ollivier from France, Rosalie Craig from England, Maciej Musial from Poland, and Jonas Bloquet from Belgium.

Gabby Wong, Yann Gael, José Pimento, Martin Greis-Rosenthal, Anton Lesser, Maria Erwolter, and Isabella Wei round out the cast who will deliver their presentations in their native tongues.

Originally, the series 1899 was scheduled to debut in 2021 but was delayed, and it was confirmed early this year that it will be available on Netflix in the fall or winter of 2022. On Thursday, November 17, 2022, Netflix will release the series “1899” worldwide.

So, the wait for the new series from the makers of the aforementioned series is not very long for Dark fans. On September 14, 2022, the show will have a two-episode launch at the Toronto International Film Festival.

1899, the mystery series is set to premiere on the online streaming app Netflix on 17 November 2022. So, you can go and watch this multi-language series with your friends and family on the Netflix app.

The first season of the Netflix series ‘1899’ is divided into eight one-hour episodes, with its pilot episode entitled ‘The Ship.’ It’s as though we’re watching a short film. This series premiere is something we eagerly anticipate!

To whet your anticipation, Netflix has published an official frightening trailer for the series 1899. Netflix had already released a teaser trailer and displayed further footage on Twitter.

On June 6, 2022, a minute-long teaser was released, offering fans a taste of what to expect. Dark fans will recognize the heavy use of cryptic symbols and strange-looking artifacts.

The first film depicts a befuddled group of passengers and a voice inquiring why they believe they are aboard this ship. The response is that they are all fleeing something.

The scenes that follow depict the passenger’s meeting with another ship. This ship appears to be bringing horror with it. There are scenes with excellent costume designs and visual effects that speak to the project’s sophistication.

As with other teasers, it leaves you with more questions than answers, and in the case of a mystery horror, the lack of answers is much more apparent.

On October 24, 2022, the entire trailer for 1899 was published. Set to Jimi Hendrix’s legendary cover of “All Along the Watchtower,” the two-and-a-half minute spot provides a clearer feel of the series’ story, characters, and huge scope.

The trailer begins with flares flashing red in the pitch dark, followed by a short boat ride to the rubble and lamp-lit shots of empty bunks. Several individuals with black triangle tattoos are observed when a man retrieves a small black pyramid from his backpack.

A preview of the series’ next mystery is revealed in a climactic ending. Because the series is so anticipated, everyone’s attention is focused on when it will finally begin streaming.

A poster for the series, depicting a ship on the brink of a triangle hole in the ocean, was previously released by Netflix. 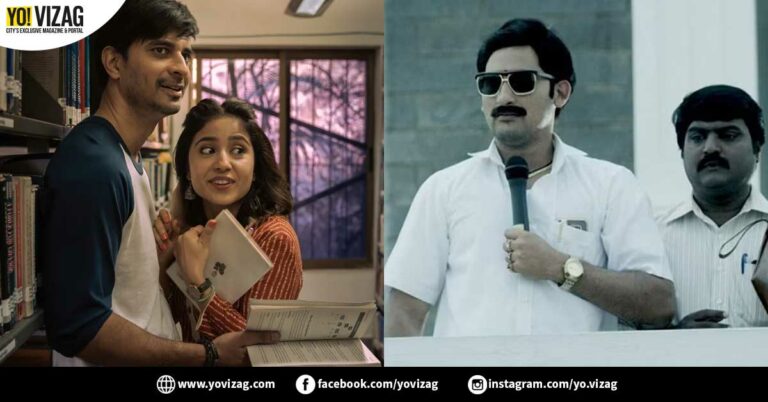 OTT platforms, reminiscent of Netflix, Amazon Prime Video, and Sony LIV, have at all times delivered high quality content material for the viewers up to now and are dedicated to take action in 2022. Films and documentaries, throughout languages, have broadly widened the viewer’s selection for leisure. An entertaining line-up of net collection is ready…

Up to now few years, Jim Srabh has more and more dabbled with the OTT area, one thing that he says stems from the truth that he enjoys exploring the various roles coming his manner. Sharing how his OTT tasks have reintroduced him to his viewers in a brand new manner, one thing that couldn’t…

Click on on the Picture to observe the Video. Amazon’s free video leisure service – miniTV, has introduced its collaboration for a repertoire of net sequence with the digital leisure firm – Pocket Aces. The primary title from this collaboration – Adulting Season 3, starring Aisha Ahmed and Yashaswini Dayama will premiere on November 12,…

MUMBAI: Actor Amit Sinha has been successful the hearts of the followers over the time along with his superb writing contribution, we now have seen some lovely characters coming from the facet of the actor and getting all of the love from the followers. Little question along with his wonderful work and the selection of… 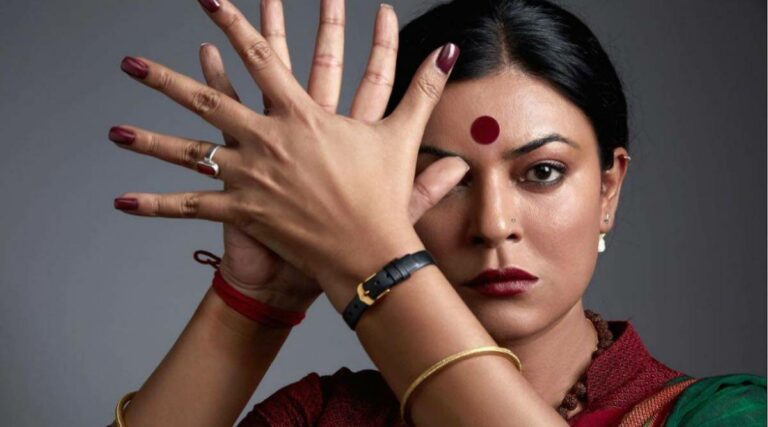 Actor Sushmita Sen announced her next web series, Taali, where she will play the transgender activist Gauri Sawant. Sushmita posted the first look from the show, and mentioned in her post that she was ‘proud and privileged’ to bring Sawant’s story to the screen. Marathi filmmaker Ravi Jadhav will helm the series. Sushmita wrote, “Nothing…