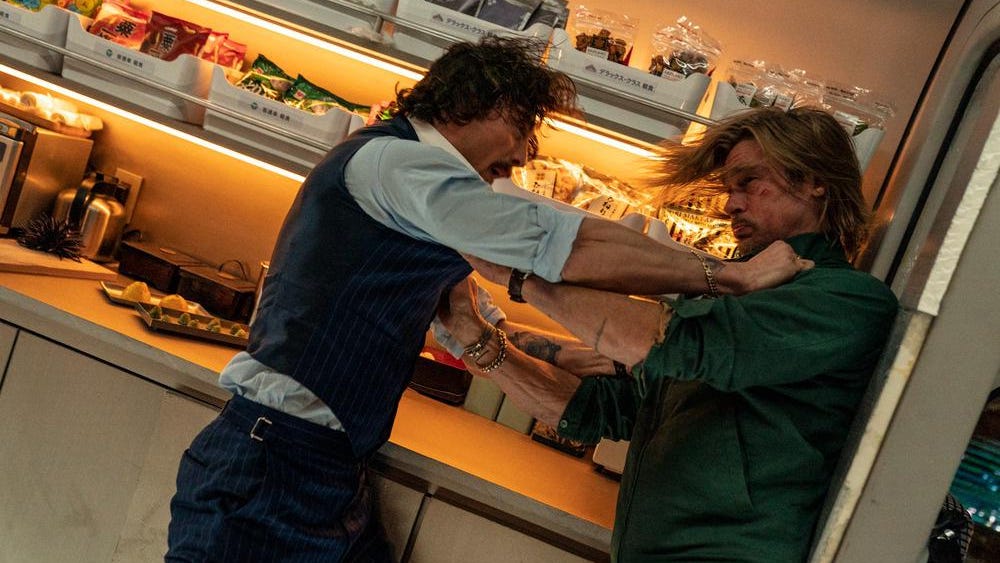 Sony’s Bullet Train opened with a promising $4.6 million in Thursday grosses. That figure also includes some early-week sneak previews. The Brad Pitt-and-friends action comedy, about a handful of mercenaries and assassins all chasing similar goals/items on a Japanese bullet train, is the last big movie of the summer. As such, there’s a better-than-normal likelihood that it’ll leg out well into September almost by default. We saw this with The Fugitive and The Sixth Sense in the 1990s and the 2010’s with Teenage Mutant Ninja Turtles, Suicide Squad and The Hitman’s Bodyguard in recent years. The David Leitch-directed flick cost around $90 million, so it’ll be fine even if it ends up a bit frontloaded this weekend. A 10% Thursday-to-weekend figure gets Bullet Train to a terrific $46 million.

That would be well above the over/under $35 million projections and closer to the “good old days” when action fantasies like Mr. And Mrs. Smith and Wanted could nab $50 million-plus launches as a matter of course. Mixed reviews notwithstanding, you’ve got the five elements (in pre-Covid times) of a viable non-franchise flick, namely an all-star cast (including Joey King, Aaron Taylor-Johnson, Andrew Koji, Brian Tyree Henry and more), a marquee filmmaker (Leitch co-directed John Wick and then helmed Atomic Blonde, Deadpool 2 and Hobbs & Shaw), a strong high-concept (colorful assassins kill each other on a speeding train), okay reviews and the promise of escapism. Even the pans assure consumers that Bullet Train delivers on its marketing promises, so its 53% rotten and 5.6/10 on Rotten Tomatoes isn’t a death sentence.

Even a more frontloaded 15% split would give Bullet Train a closer-to-projections $31 million opening weekend. 12.5% from a $5 million preview gross would give Bullet Train a $35 million launch. I’ll have to run the numbers, but films in the Covid era may be more frontloaded in terms of Thursday-to-weekend legs than in prior times. If that’s true, we can blame much earlier Thursday showtimes and a more significant number of the overall theatrical audience being made up of those who rush out ASAP. A new-to-you (based on a novel) Brad Pitt-and-company comic action thriller will likely get more casual moviegoing business than a deeply entrenched, fan-driven franchise title, so hope springs eternal. It would be nice if Bullet Train weren’t followed by a self-imposed six-week slump, but I digress.

Meanwhile, Universal releases Jo Koy’s Easter Sunday this weekend. The film about a successful entertainer returning home for the holiday and trying to solve long-standing family melodramas, earned $500,000 on Thursday. That’s not a great start, but it’s also the kind of film that, once upon a time, didn’t remotely depend on advance-night grosses as a barometer of opening weekend success. We’ll see if the film, starring Jimmy O. Yang, Tia Carrere, Brandon Wardell, Eva Noblezada and Asif Ali (among others), plays like an early 2000’s-era comedy and pulls closer to 3% from the Thursday previews for a $17 million opening or closer to 7.5% for a $7 million launch. I’m expecting something on the lower side, but hope springs eternal for this all-too-rare mainstream studio comedy. 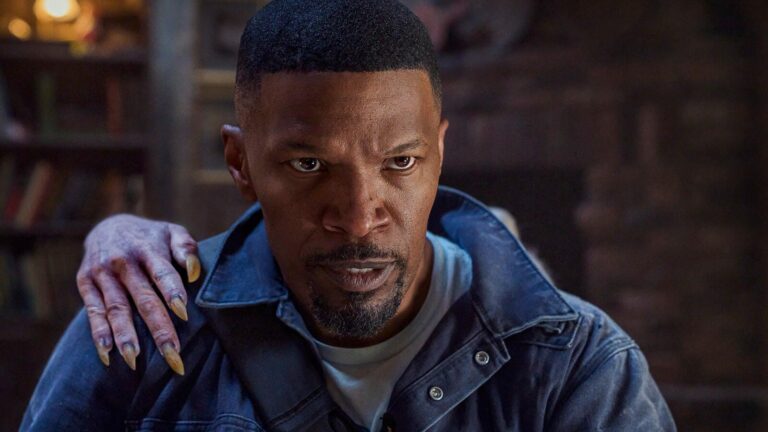 Jamie Foxx and Snoop Dogg, Day Shift Andrew Cooper/Netflix Netflix’s Top 10 list for movies is led by both a Foxx and a Dogg. Jamie Foxx’s new film Day Shift, in which he plays a vampire hunter and Snoop Dogg plays his buddy, is once again on top, and why not? This is just the… 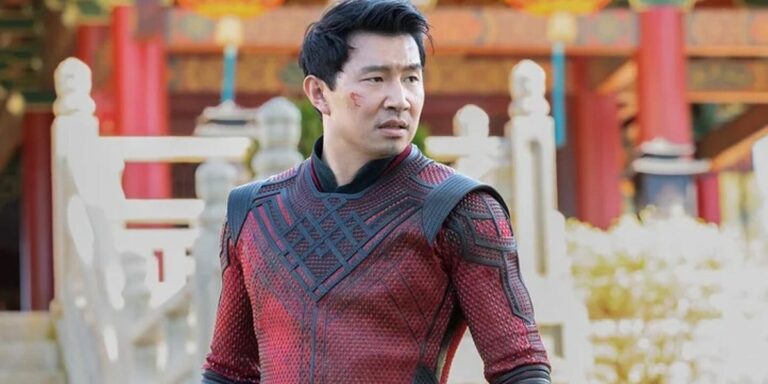 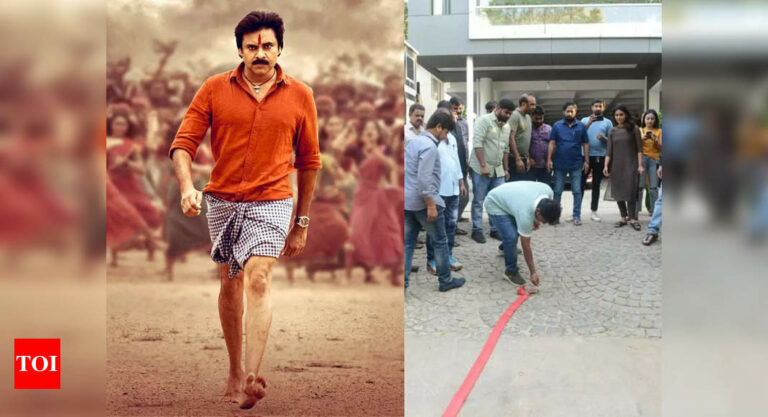 Ever since Pawan Kalyan and Rana Daggubati’s ‘Bheemla Nayak’ has been launched, it has turn out to be the speak of the city in Telugu states. From politicians to filmmakers and the widespread man everyone seems to be praising and sharing their evaluations on social media. If energy star’s followers are raving concerning the movie,… Aamir Khan Starrer Laal Singh Chaddha was released in theaters on August 11. Distributors and movie chain owners are canceling shows as they suffer losses. While calls for a boycott on social media seemed to be an additional factor in the poor box office performance. Now, a PIL (Public Interest Litigation) has been filed against… 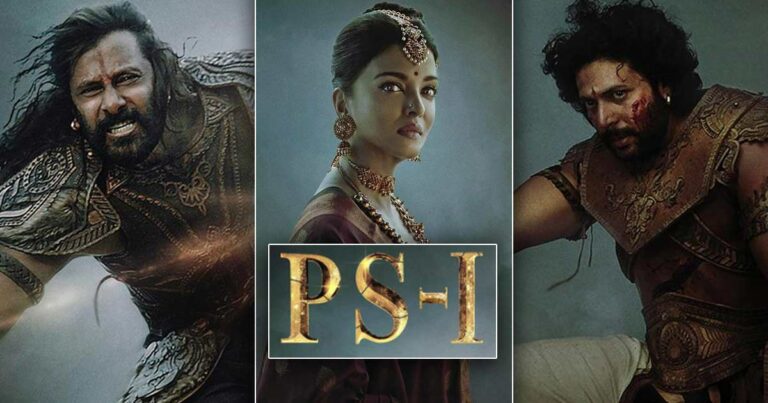 Director Mani Ratnam’s Ponniyin Selvan 2, the next part of the 500 crore PS1 movie that broke the record for big box office movies i.e. Ponniyin Selvan 2 is soon to be released. The makers have indicated that filming for PS 1 and PS 2 started and ended at the same time. That is, the…

Refresh for up to date…: There have been milestones aplenty this weekend on the world and worldwide field workplace with three Hollywood heavy-hitters reaching vital new benchmarks. Amongst them, MGM/Eon/Common’s No Time To Die crossed each $400M abroad and $500M worldwide whereas Sony’ Venom: Let There Be Carnage topped $350M globally. The weekend chief, nevertheless,…