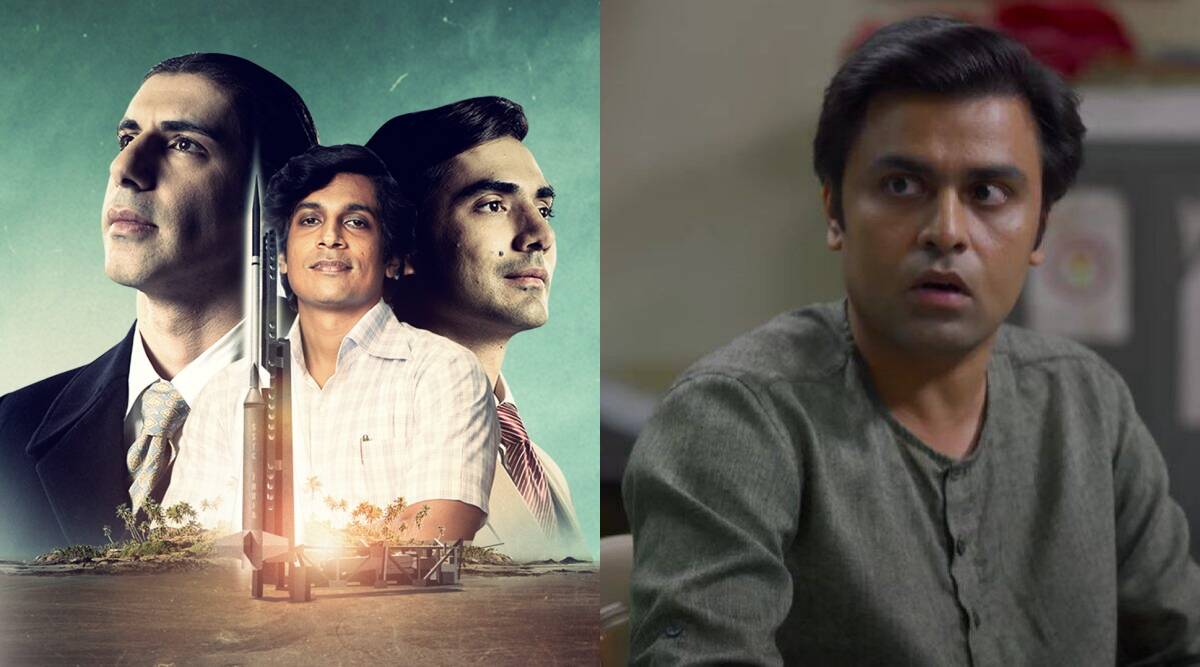 We’re halfway through 2022 and so far, the Indian content that we have seen on our streaming services hasn’t blown us away. There hasn’t been a Scam 1992, or a Paatal Lok this year that gets a unanimous thumbs up from all viewers, but nevertheless, the OTT platforms are trying to present the audience with something that could be the next big thing. From what the Indian audience has seen so far, IMDb has released a list of the ‘Most Popular Indian Web Series of 2022 (So Far)’ based on the users’ IMDb rating of the show and these 10 shows have received user rating of 7 or higher by the fans.

Set in a college, the show seems to have struck a chord with the younger audience. Based on almost 15,000 votes, the show has an IMDb rating of 9, with almost 80 per cent of the viewers giving it 10 out of 10. The show is billed as a ‘coming-of-age drama’ that deals with hardships of college students as they make their way through love, friendships, life and college. Created by Prem Mistry and Abhishek Yadav, the show stars Harsh Beniwal, Ritvik Sahore, Saloni Gaur, Salonie Patel, Abhinav Sharma and Srishti Ganguli Rindani.

The Tigmanshu Dhulia show did not receive favourable reviews upon its release but it looks like the viewers were here for it. The show has a 7.3 rating based on almost 13,000 votes, with approximately 60 per cent of the voters giving it a 10/10. Starring Pratik Gandhi and Richa Chadha, the show was based on Vikas Swarup’s 2016 murder mystery ‘Six Suspects’. The show’s plot triggers after an industrialist is killed at a party and everyone who was there, and those who were not even present, turns into a suspect.

One of the more promising shows this year, Rocket Boys followed the journey of scientists Homi Bhabha and Vikram Sarabhai as they ushered the newly independent India into the world of scientific accomplishments. Starring Jim Sarbh and Ishvak Singh, the Sony LIV show has a rating of 8.9 based on 11,000 votes, with almost 65 per cent viewers giving it a full score. The Jitendra Kumar led series returned for a second season this year and surprised the audience. The show has a rating of 8.9 based on over 65,000 votes with almost 57 per cent viewers giving 10 on 10. The show is set in a village in Uttar Pradesh where a UPSC aspirant ends up working at the Panchayat office. The show also stars Raghubir Yadav and Neena Gupta in pivotal roles.

The Shefali Shah and Kirti Kulhari show was set in the world of medicine where human trials form the dark underbelly of the trade. The IMDb user rating of the show is at 8 with almost 10,000 users voting for it. Almost 56 per cent viewers gave it a full score. The Indian Express’ Shubhra Gupta wrote in the show’s review, “Any piece of fiction which is subjected to tonal switches, from realistic threads to strands which are totally out of the left flank, is left floundering. Human is neither fish nor fowl.”

Starring Tahir Raj Bhasin, Shweta Tripathi and Anchal Singh, this Netflix show was popular with the audience as soon as it came out. Based on 7,000 votes, the show has a rating of 7 with only 21 per cent audience giving it a full score. The show’s plot follows a man who is forced to get married to a politician’s daughter so he can keep his family safe.

Starring Arunoday Singh in the lead role, Apharan came back for a second season this year. Also starring Nidhi Singh, Snehil Dixit Mehra, and Sukhmani Sadana, Apharan has a rating of 8.4 based on 18,000 votes with 50 per cent of the users giving it 10 out of 10.

The Hotstar series was against a digital reality show that pushes its contestants, and makers to challenge their morality. Starring Jaaved Jaaferi, Siddharth, Plabita Borthakur, Shweta Tripathi, Ritvik Sahore, among others, the show has a rating of 7.8 based on 4,000 votes. Almost 55 per cent of the viewers gave it a full score.

Starring Sakshi Tanwar in the lead role, the Netflix series follows a woman who is trying to get to the bottom of her daughter’s murder. Based on almost 4,500 votes, the show has a rating of 7.2, with only 29 per cent viewers giving it a full score. The Indian Express’ Shubhra Gupta wrote in her review, “Mai pulls off a tough feat: it coaxes you to suspend tons of disbelief because you have been drawn into its world, and have become invested in its characters. Every time you go, how is that even possible (and this happens over and over again), you are yanked back into the narrative, which relishes its every gritty, grimy, ultra-violent beat.”

The Fame Game released with a lot of promise as it starred Madhuri Dixit in the lead role. The show followed the story of a famous film actor who goes missing, and the investigation unravels the dark secrets of her life that have been hidden from the public eye. Also starring Sanjay Kapoor, the show has a rating of 7 based on 21,000 votes with only 24 per cent users giving it a full score.

A gaggle of Bajrang Dal members went on a rampage on the set of Prakash Jha’s net sequence on Sunday. The famend filmmaker’s face was smeared with ink on the set in Bhopal. The incident was captured by eyewitnesses on cell phones, the place the Bajrang Dal members had been chasing down crew members, managing… 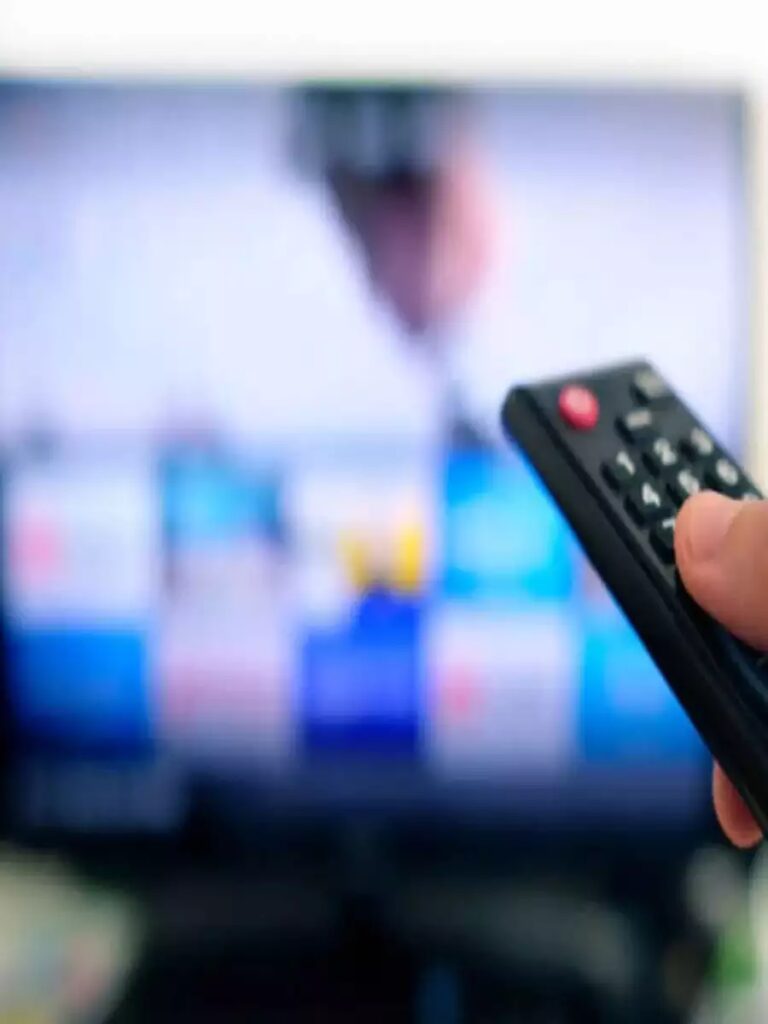 Vidya Balan and Shefali Shah’s upcoming movie Jalsa has created fairly the hype and buzz. Ever for the reason that trailer of the thriller dropper, individuals have been left intrigued they usually can’t wait to look at the story pans out. Furthermore, followers are fairly excited to look at the 2 powerhouse actors collaborate in…

From Gehraiyaan to Raktanchal 2, the OTT platforms like Amazon Prime Video, Netflix and extra have a number of reveals and movies that one might binge-watch anytime. For the reason that weekend is coming, one should be searching for some recent assortment of movies and well-liked collection. Listed here are a number of the top-rated…

New Delhi [India], March 10 (ANI/ Lokmat Media Group): BhaDiPa (Bharatiya Digital Get together) has been the pathfinder of Marathi digital leisure for years and has not too long ago produced one in all SonyLIV’s top-performing unique sequence “Shantit Kranti” in collaboration with TVF. The 6-episodic Marathi sequence was dubbed in 5 languages. The sequence…