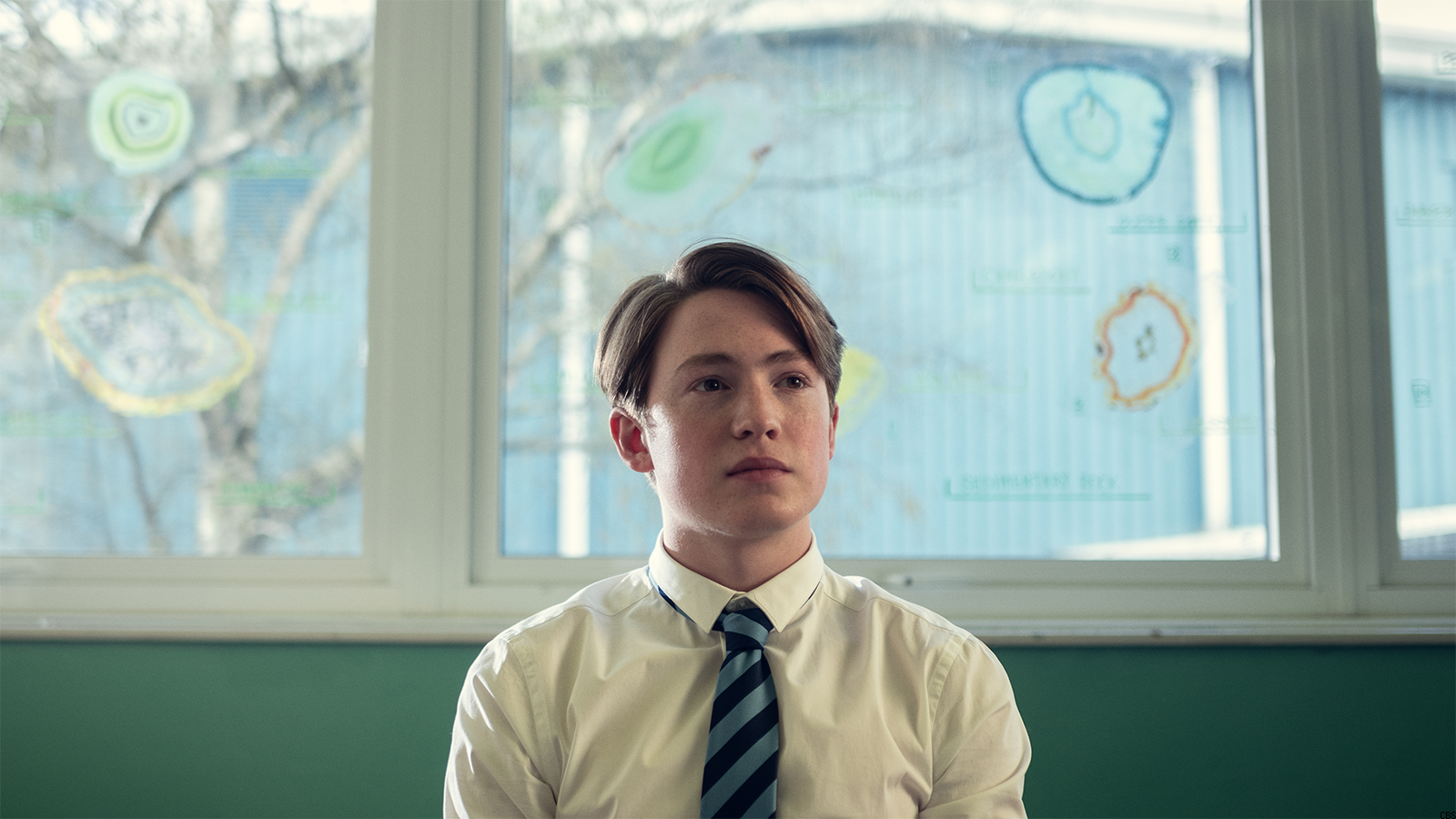 April 25 is famously the perfect date — all you need is a light jacket. But Netflix is probably hoping you’ll ditch that jacket and stay in to check out some of the top 10 most popular movies and shows on the platform today. The list for Monday, April 25 is all TV shows, led by Selling Sunset, which just released its fifth season. Coming in at No. 2 is the true crime docuseries Conversations with a Killer: The John Wayne Gacy Tapes. The Colombian telenovela The Marked Heart is at No. 4, followed by Bridgerton, which is back in the top 5. You can’t keep Bridgerton down! Russian Doll Season 2 fell off the list over the weekend, replaced by the cute new coming-of-age show Heartstopper, which comes in at No. 10.

But of the Netflix Top 10, which shows and movies are actually worth watching? We break down the entire Netflix Top 10 list and guide you through what to binge and what to skip. We do the same for Netflix’s Top 10 TV shows, as well as Netflix’s Top 10 movies. We also have recommendations for the 50 best movies on Netflix and the 50 best TV shows on Netflix to watch right now.

Based on Netflix’s Top 10 from Monday, April 25

The reality series about the personal and professional lives of a group of conflict-addicted high-end real estate agents in Los Angeles is back for Season 5, and the drama is just as messy as ever. This season, breakout star Chrishell Strause is dating Jason Oppenheim, the owner of the business. Scandal!!! This remains Netflix’s answer to The Real Housewives of Beverly Hills. (Yesterday’s rank: 1)

For fans of: True crime, clowns | Is it good?: It’s great if you like learning about serial killers

This three-part true crime docuseries about John Wayne Gacy is the follow-up to 2019’s Conversations with a Killer: The Ted Bundy Tapes, and if you liked that one, you’ll probably like this one too. Using previously unheard audio from interviews with Gacy, it doesn’t exactly provide any new information, but it does effectively bring you deeper inside the inner workings of the mind of a serial killer. (Yesterday’s rank: 2)

For fans of: Soapy plots, revenge | Is it good?: It’s perfect for anyone who loves D-R-A-M-A

This Colombian telenovela has everything: murder, revenge, organ harvesting. It follows a man out for vengeance against the shady organization that killed his wife and stole her heart (literally, they cut it out of her). You don’t just see that kind of drama everywhere. (Yesterday’s rank: 3)

For fans of: Bad husbands, the British legal system | Is it good?: It has a great cast and will hold your interest

This miniseries follows the media circus that springs up after news goes public that a member of the British Parliament (Rupert Friend) has had an affair, which leads to the exposure of even darker secrets. The show comes from David E. Kelley, who gave us Big Little Lies and therefore knows his way around stories about people with things to hide. (Yesterday’s rank: 4)

For fans of: Period romance with a modern sensibility | Is it good?: Absolutely

Netflix’s megahit offers two full seasons of Regency-era romance, gossip, and gowns, given the golden touch by producer Shonda Rhimes. The 1800s London-set drama is told in season-long chapters, each covering a romance of one of the high society Bridgerton siblings, with Season 1 following Daphne (Phoebe Dynevor) and her coupling with the reluctant duke Simon (Regé-Jean Page), as well as their steamy on-screen sexploits that gave the show much of its popularity. Season 2 moves on to Anthony (Jonathan Bailey) and the woman he cautiously falls for, Kate (Simone Ashley), and while there’s less doin’ it, the push-and-pull romance is a blast to watch. Here’s our review. (Yesterday’s rank: 5) [Shows Like Bridgerton]

For fans of: Partner swapping, schadenfreude, loose rules | Is it good?: It’s an addictive mess

Netflix’s new plan to finally make some money is to cancel your favorite shows and produce as many cheap reality shows as it can. Proof that the streamer is signing off on any and every dating show is The Ultimatum, which sees couples with one person ready for marriage and the other not swap partners with other couples with the same problem to test run marriage and see if it’s for them, or something. The rules break down pretty quickly, and people yell at each other! Then they propose to each other. What is this show? And why can’t I stop watching? (Yesterday’s rank: 6) [The Best Dating Reality Shows to Watch]

For fans of: Crazy people, weddings | Is it good?: It’s actually pretty great

If The Ultimatum isn’t insane enough for you, how about Married at First Sight? This reality series throws together two total strangers who agree to get married on the same day they meet for the first time. The show keeps up with them in the aftermath as they actually get to know each other, and after a few weeks, they decide whether or not to stay together. Much like other shows of this nature, it’s impossible to look away from once you start watching. (Yesterday’s rank: 7)

For fans of: Harlan Coben thrillers | Is it good?: It’s fine

The latest Netflix adaptation of a novel by author Harlan Coben (previous ones include Stay Close and The Stranger) is the second Polish-language one (after The Woods). It’s about a mother trying to figure out what happened to her missing teenage son, which leads to her uncovering a complex web of violence, secrets, and conspiracy in her quiet Warsaw suburb. If you like this kind of formulaic thriller, it will do the trick. (Yesterday’s rank: 8)

For fans of: Breaking Bad, lawyers trying their best, Cinnabon | Is it good?: It’s one of the best shows on TV

After a long, long wait, Better Call Saul Season 5 has finally hit Netflix ahead of the premiere of its sixth and final season on AMC. The Breaking Bad prequel series gives us the origin story of Bob Odenkirk’s criminal lawyer Saul Goodman in the early 2000s, when he was still known as Jimmy McGill and was struggling to get his career off the ground. A bunch of familiar faces show up, like Jonathan Banks’ Mike and Giancarlo Esposito’s Gus, and plenty of new ones that are just as dynamic, as is the way of the BBCU (Breaking Bad cinematic universe). This show rules, plain and simple. (Yesterday’s rank: 9)

For fans of: LGBTQ+ romances, comics come to life | Is it good?: It’s charming

This cute and gentle British teen drama is based on a webcomic-turned-graphic novel that’s beloved by fans of romantic coming-of-age stories. Heartstopper follows Charlie Spring (Joe Locke), an openly gay secondary school student who develops an unlikely friendship with Nick (Kit Connor), a jock with a kind heart who invites Charlie to join the rugby team. And their friendship just might be developing into something more. It’s a sweet little show that keeps some comic book-inspired stylistic flourishes. Fans of the comic, and teen drama in general, will love it. (Yesterday’s rank: n/a) 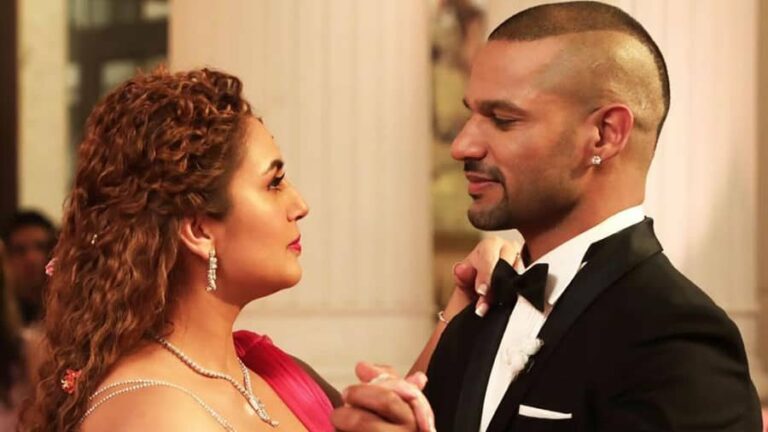 On November 4, Netflix will premiere the movie “Double XL”, which stars Sonakshi Sinha and Huma Qureshi. The discussion about this movie is moving fast, even before it opens. This film, which confronts the societal reality of overweight girls, is much talked about. The movie “Taboo”, which was supposed to poke fun at women’s bodies… 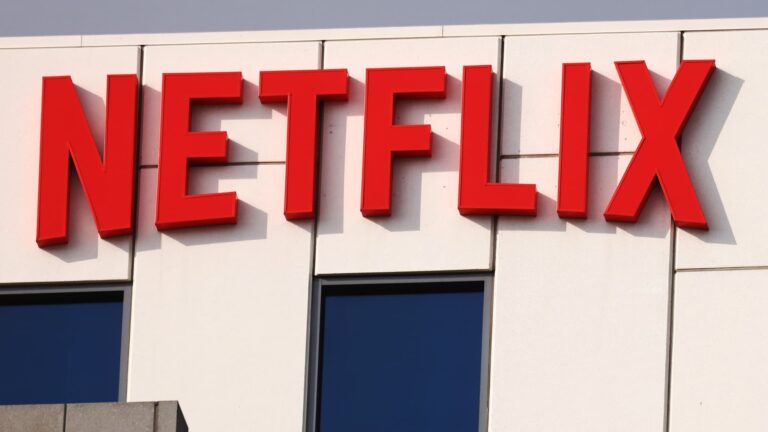 Netflix logo Mario Tama | Getty Images News | Getty Images Netflix has a message for investors: start focusing on revenue and profit, and stop obsessing about subscriber growth. Netflix made its argument with several pointed comments in its quarterly shareholder letter. The world’s largest streamer said it will stop forecasting paid subscriber adds. The… 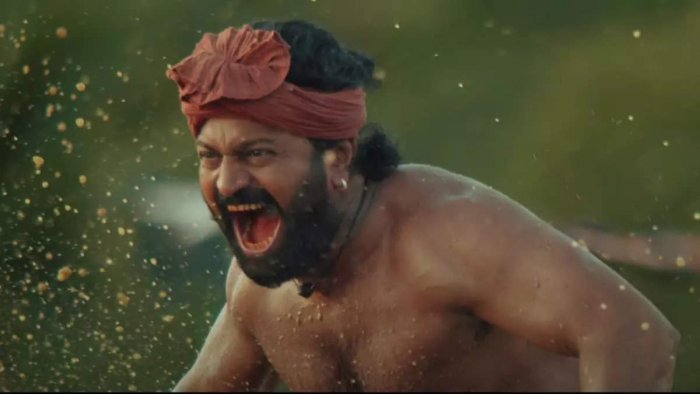 Sooryavanshi, starring Akshay Kumar and Katrina Kaif, registered an honest efficiency on the second day with collections of ₹23.85 crore. Nevertheless, the movie couldn’t acquire tempo because of the Bhai Dooj competition and made much less financial institution than it did on Friday. The Rohit Shetty movie had opened in theatres with collections of ₹26.29…

More than a quarter of British Netflix subscribers allow their friends and family to use their accounts, with at least 17m homes estimated to be password sharing across the embattled streaming platform’s biggest markets in Europe. Netflix announced plans to crack down on the practice as one of a number of strategic moves designed to…